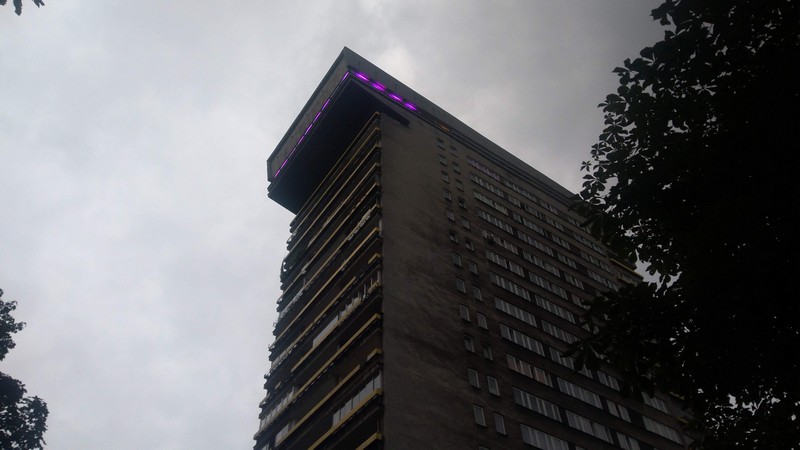 This odd residential tower was built during communism. It contained 140 apartments and a rooftop restaurant. It was designed by outstanding Polish architects Jan Bogusławski and Bohdan Gniewiewski in 1964-1976.

In the beginning it supposed to be a hotel – an isolated place of stay for Polish visitors living abroad. Apartments could be purchased only by US dollars. In the end there weren`t many people interested in such investment and it became a higher class residential building for Pols who decided to come back to Poland, and for locals who knew the right people.

It stands right on the edge of the Warsaw Escarpment, on which the city developed over the centuries. Higher apartments have breathtaking views of the city and the Vistula River.

About last night🎶 The largest demonstrations in