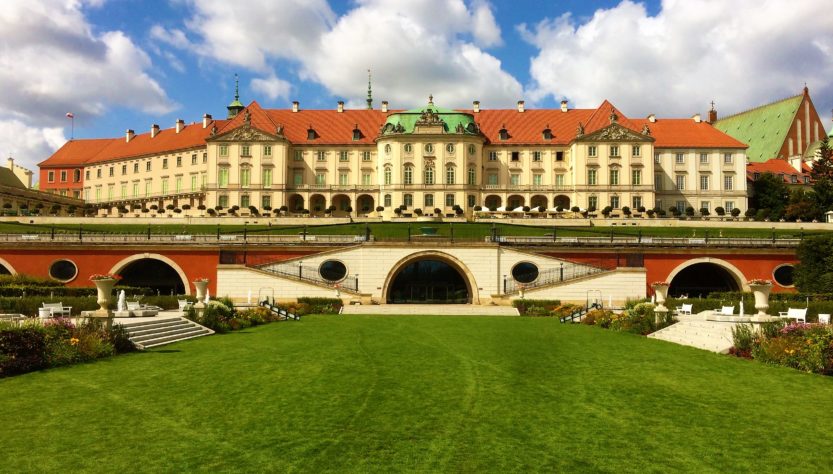 The final effect of the restoration of the Lower Garden at the Royal Castle is absolutely stunning! This is the last step of the post-war reconstruction of the Old Town in Warsaw which is inscribed on the UNESCO World Heritage List.

The garden style refers to the design from the 1930s of the outstanding Polish architect Adolf Szyszko-Bohusz. The project was not completed because of the outbreak of World War II. So here it is 80 years later.

The Castle is one of the most significant historical buildings in Poland. It was the residence of Polish monarchs between the 16th and 18th centuries and the seat of the Parliament of Poland. It was blown up by the German army in 1944 and reconstructed painstakingly with as many original elements as possible between 1971 and 1984.

Here from the gardens you can admire the most impressive facade of the Royal Castle. The so called Saxon Elevation was constructed during the reign of the Saxon-Wettin dynasty, and designed in the style of Rococo by Gaetano Chiaveri.