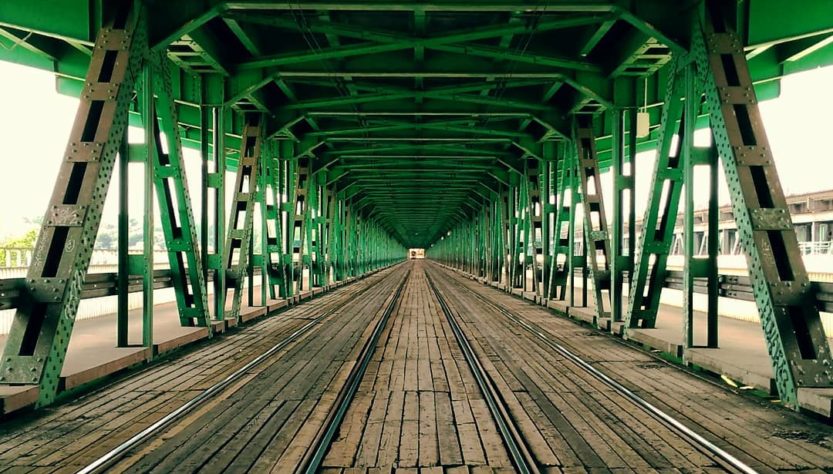 The Gdański Bridge is a double-decked steel truss bridge constructed in 1957-1959 according to Janusz Ratyński’s design. It was built on the pillars of the Citadel Rail Bridge from 1875, destroyed during World War 2.

The bridge is one of the most favorite places of photographers, during the day as well as by night. It connects the New Town (part of the historic center of Warsaw, right next to the Old Town) with the Praga Północ district.

On the other side of the river you can enjoy its natural wild bank – one of my favorite places in town. It`s protected as a nature reserve. There is a 10 kilometer path for walking and biking and sand beaches where you can admire beautiful views of the Old Town and Warsaw`s skyline.

On Praga side you can visit Warsaw ZOO which became famous after the “Zookeeper’s Wife” book and film. It tells a story of Jan Żabiński and his wife, who were hiding hundreds of Jews from the Warsaw Ghetto at the ZOO.