Very charming villa district built in the nineteen-twenties and thirties. It contains the greatest examples of Warsaw modernist buildings designed by the best Polish avant-garde architects. They were strongly influenced by Swiss-French architect Le Corbusier, one of the most important architects of the 20th century. Saska Kępa has been very popular among artists, writers and composers as well as scientists, engineers, lawyers, journalists and diplomats and it maintains this character today.

Price & payment method: 100 € per tour (up to 5 people). Additional participants: 10 euro per person. You can pay by cash or credit card after the tour. 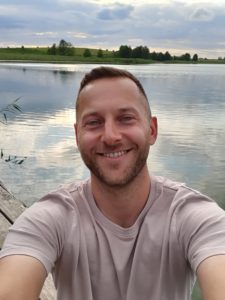 Warsaw Praga tour with Jessica from Canada and Lor