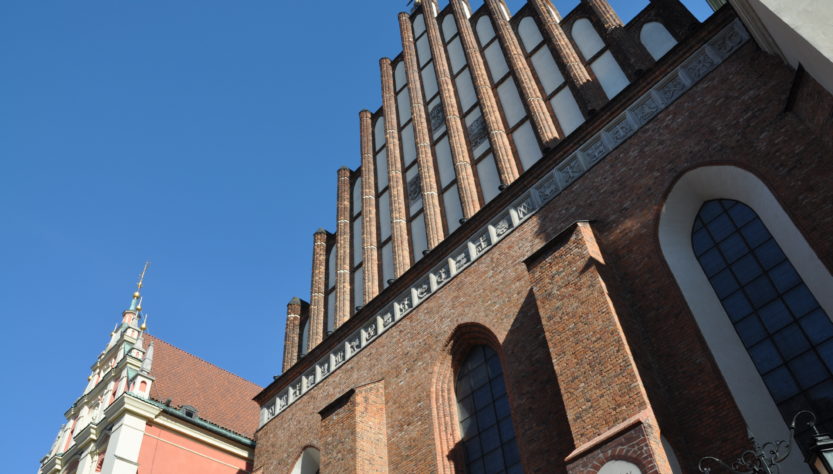 It`s one of the oldest churches in Warsaw and one of Poland`s national pantheons. It stands in the Old Town which is a UNESCO listed site. Originally it was built in 15th Century in the location a ancient wooden chapel of the Masovian Dukes constructed in the end of the 13th Century.

The cathedral became the most important church of Warsaw. It held royal weddings, coronations and burials. King Stanisław August Poniatowski repeated here the Oath of the Constitution of May 3, 1791 after the its resolution at the Royal Castle. It was the first constitution in Europe, and the second in the world after constitution of United States.

The building was expanded and redesigned several times over the centuries. The most notable change was in the 19th Century when it was rebuilt in a English Neo-Gothic style. It existed in this form until the Second World War when it was completely demolished by the Nazis. After the war it was rebuilt, but in a more simple Masovian Gothic style which was a political decision by the incoming communist regime. During communist times English Gothic was seen as a representation of capitalism.

It has an austere and dark interior with stellar vaults. During its reconstruction some original Gothic bricks found in the ruins were used again. The main nave and presbytery were rebuilt using techniques from the Middle Ages so it looks very authentic. It includes a few surviving monuments from pre-war times such as the Renaissance tomb of last Masovian Dukes, the Baroque Baryczka`s family chapel, the most original piece of the old church structure or Classicist monument of Stanisław Małachowski, Marshal of the Four-Year Sejm. The monument was designed by one of the best European artists of that time, Danish sculptor Bertel Thorvaldsen.