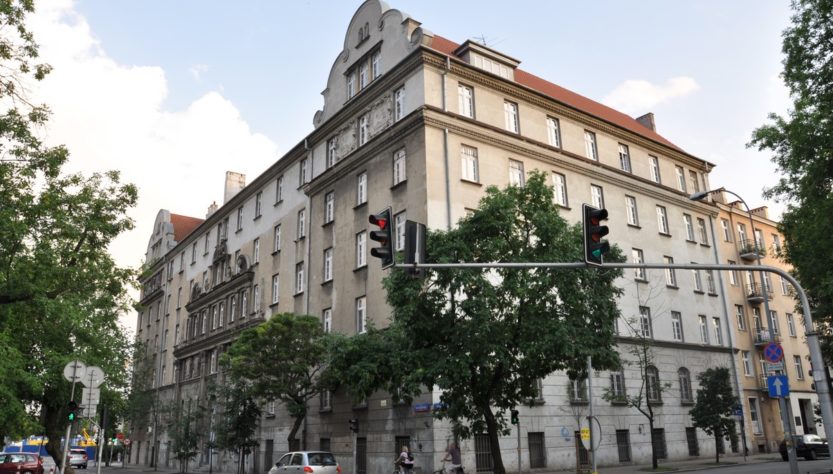 The letters “AAJ” on facade of that beautiful building mean “Auxilium Academicum Judaicum” –  the Jewish Dormitory. When the Jewish orthodox society settled in the area they didn`t want a dormitory so close to their community because it was a completely secular institution.

This building was designed by Henryk Stifelman in Polish Renaissance style.  It was a very modern dormitory at that time. It contained the Albert Einstein lecture hall, a reading room, and double rooms for students.

The late Prime Minister of Israel, Menachem Begin used to live here as a student of law at the University of Warsaw. His real name was Mieczysław Biegun. In 1941 he joined the Polish Ander`s Army and next year he arrived in Palestine where he decided to fight for the Jewish state. Later he became an Israeli Prime Minister. In 1978 together with Egyptian President Anwar Sadat he received the Nobel Prize after negotiations of a treaty known as the Israel-Egypt Peace Treaty.

At the close of the Second World War and the Red Army arrived in the district of Praga, the NKVD headquarters was located in the building. There was a jail where Russians were interrogating and torturing Polish people.

Nowadays it`s a police hotel and it`s not open to the public. However it`s worth seeing this beautiful and unique piece of architecture in the location of the first Jewish Community in Warsaw.