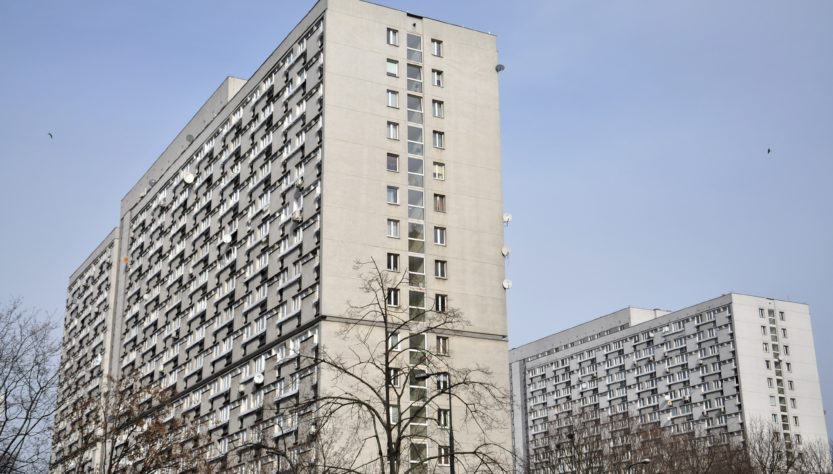 Behind the Iron Gate (Za Żelazną Bramą) housing estate is a complex of nineteen 15-storey residential buildings. Each one was dedicated to 2500 residents. These monumental, identically looking buildings spread across a few kilometers were what Le Corbusier dreamt of in Paris.

The complex was designed by A. Skopiński, J. Czyż, J. Furman and J. Jozefowicz in 1961, and built between 1965-1972. As Warsaw was 85% destroyed, the goal was to build the largest number of apartments in the most economical way. Similar solutions were used in many other heavily destroyed Eastern European countries.

In 1925 Le Corbusier created Plan Voisin, a new vision of Paris. The majority of Paris would have been torn down, instead concrete apartment blocks would have been constructed. The plan saved only the most iconic buildings such as the Eiffel Tower and Notre Dame. He was a genius of architecture, but perhaps fortunately, some of his ideas luckily remained just on paper.