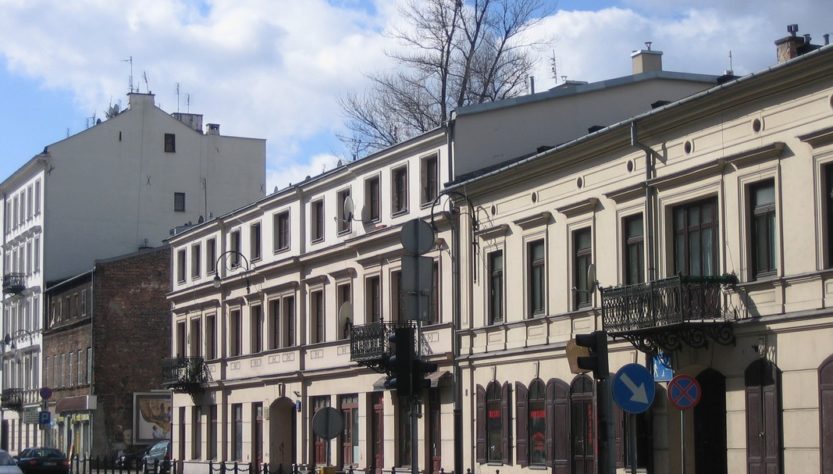 Stara Praga is the original and authentic neighborhood of the Praga Północ district,and fortunate to have escaped major hostile devistation during World War II.  It`s located directly across the river from Warsaw’s Old Town. Praga orignially existed through the centuries as an independent town, but it was incorporated into the city of Warsaw in the late 18th century. Traditionally a multicultural area, home for Catholics, Jews and Polish Orthodox.

In the 19th Century two railway stations were built in Stara Praga bringing industry to the town. Nowadays those abandoned, but beautiful, factories are being utilized again, but for different purposes. Praga has become a popular home for artists and young people.  Thanks to this infusion of cool culture, many of the surviving post-industrial buildings have been turned into cultural centers, cinemas, galleries, clubs and pubs. Praga is not fancy, and at the moment it can still look a little neglected, but it has amazing charm and enormous potential.

To see the representative buildings of different communities living here in the past start from the Orthodox Church of Mary Magdalene built in the 19th century. Nowadays there are approximately 5000 people belonging to the parish. These are Polish people as well as people from Ukraine, Belarus, Bulgaria or Kazachstan who live in this part of Warsaw (Aleja Solidarności 52 Street, Dworzec Wileński metro station).

Along Jagiellońska, Kłopotowskiego and Sierakowskiego streets you will see historical buildings of the Jewish community living here before World War II. The Jewish Academics Dormitory, a place where Menachem Begin lived as a student of the Warsaw University (Sierakowskiego 7 Street), Mykveh, a traditional Jewish ritual bathhouse which belongs again to the Jewish Community in Warsaw and houses a multicultural high school (Kłopotowskiego 31 Street). Next to the Mykve you will see a playground with a small hill. This hill conceals the ruins of the Warsaw’s first synagougue from 1836 which survived World War II but it was destroyed by the communists in the 1950s. Around the corner there is a former building of the Jewish Orphanage built in 1914. All children were moved by the nazis to the Warsaw Ghetto, with most not surviving the war. Today the building is run-down but it`s still easy to appreciate its beautiful Neorenaissance architecture. Nowadays there is a kindergarden and a popular puppet theater „Baj” (Jagiellońska 28 Street).

The Neo-Gothic St Florian’s Cathedral is the most important Catholic church on the right bank of the Vistula river. It was completely destroyed by the Nazis and rebuilt after the war. It`s one of Praga`s symbols, notably visible from the other side of the river (Floriańska 3 Street). While walking you’ll notice in courtyards shrines to Mary the Virgin or Jesus Christ. These shrines are a specific tradition for Warsaw, and especially for Praga. These small shrines served as „chapels” and were built during Nazi occupation when residents were not allowed to leave their houses.

In Praga you find many streets which were undamaged during World War II. Be sure to walk down Ząbkowska Street and Brzeska Street. Ząbkowska contains many cool bars and restaurants as well as Warsaw’s former Vodka Factory “Koneser” where the famous Polish brand Wyborowa vodka started. It`s a big complex of industrial red brick buildings. Today one of them is the headquarters of the Google Campus co-working space, and the future home of the Polish Vodka Museum. Brzeska contains old run-down tenement houses from the end of the 19th Century. Walking along this street don`t miss Bazar Rózyckiego, the oldest market in Warsaw. Nowadays most stalls are abandoned but you can still observe what`s most fascinating here – the older Praga residents who’s specific culture and slang are slowly dissapearing.

If you want to try some local cuisine go to a small, simple restaurant called Pyzy Flaki Gorące. Pyzy is a characteristic Polish meal. It`s little bit like dumplings in a form of knobs, usually stuffed with meat with pork scratching, some lard or fried onion on top. Flaki is an original Polish meat stew for the brave. Its main ingredient is cleaned strips of beef tripe. For foreign visitors it may be too weird and even shocking, but for me it`s simply delicious (Brzeska 29/31). Bazar is a large club andrestaurant housed on two floors in the beautiful Owl House. It often organizes concerts and weekend events. The great thing about this places is the open 24 hour kitchen (Jagiellońska 13 Street). If you’re looking for a cool place to have a beer or cocktail you should visit the W Oparach Absurdu. This original bar is full of old furniture, carpets and art. On weekends it often hosts concerts (Ząbkowska 6 Street). A few blocks away drop by Retro, a vintage bar and restaurant popular among locals. If you are lucky you may have a chance to drink a beer accompanied by live music (Ząbkowska 2 Street). Bar Ząbkowski is located in the same building. It`s one of the famous milk bars that you probably might have heard of. It`s a dining style bar with a very simple and cheap food. Milk bars became very popular during communism and nowadays there are only few left in Warsaw (Ząbkowska 2 Street) 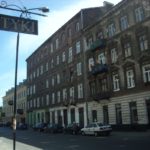 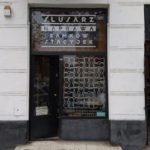