Zofia Stryjeńska was one of the greatest Polish artist of the 20th century. Her art deco painting was inspired by Polish folk and religious beliefs. She was also a graphic artist, book illustrator, as well as designer of kilims, toys, posters and costumes.

She was born in Kraków where she also started her artistic education in Maria Niedzielskia`s painting school for women. She cooperated with few magazines. She pretended a man to be able to study at Academy of Fine Arts in Munich because women were not accepted by the academy. She had to leave after she was exposed by her colleagues. She came back to Kraków where she fell in love with Karol Stryjeński. They had free children but the family life wasn`t very happy. She often ran away and hide to be able to work in peace. After she divorced with Karol she moved to Warsaw where she met her second husband, Artur Socha. This meriage also ended in divorce.

Zofia Stryjeńska was an icon of Polish boheme, very independent and eccentric. With many other famous Polish artists she was creating the art group “Rytm” (Rythm). She was called by Polish press ”Princess of Polish Art”. In 1925 Stryjeńska won four Grands Prix awards at the International Exposition of Modern Industrial and Decorative Arts in Paris for decoration of the Polish pavilion. That work brought her international fame and The Legion of Honour.

She designed a kilim for the Emperor of Japan Hirohito and costumes for Szymanowski`s “Harnasie” ballet. She also colaborated in architecture projects decorating the interior of Wedel`s cafe and the “Batory” and “Piłsudski” Polish passenger ships. In Warsaw we can admire her polychrome on the “House under the Lion” on the Market Square and the “Highlander Dance” painting in the hallway of the Wedel`s House on Puławska Street.

After World War II she left Poland cause she didn`t want to live in a communistic country. She never came back. Zofia Stryjeńska died in Geneve on 28 of February 1976. 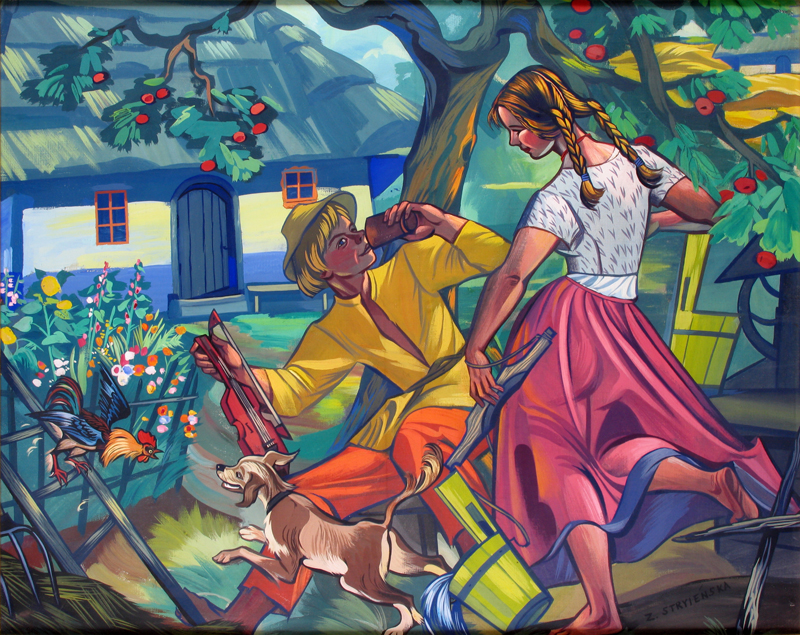 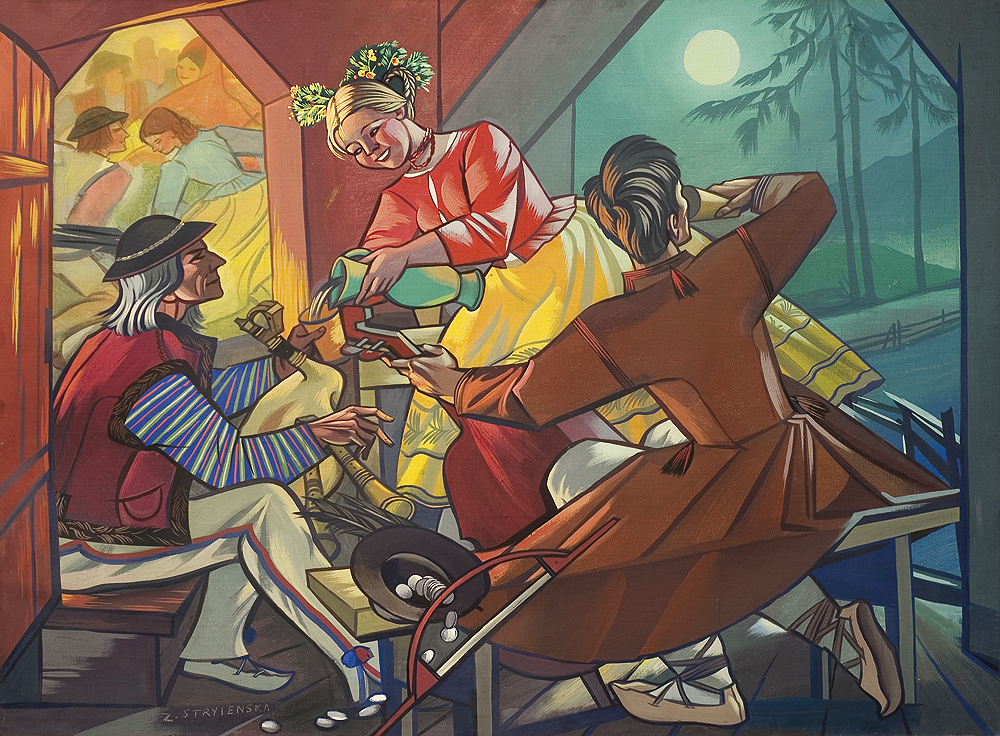 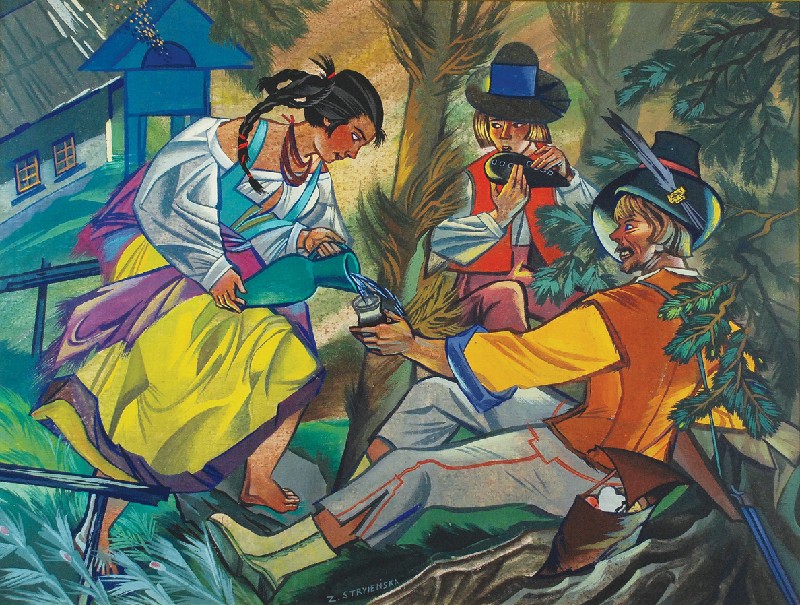 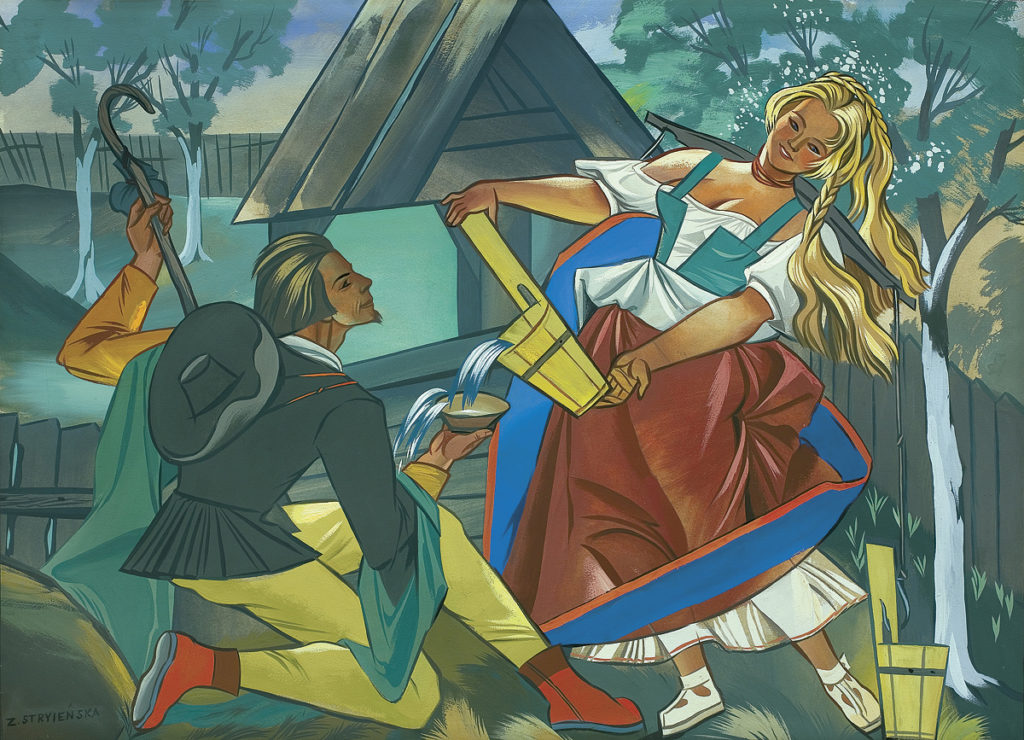 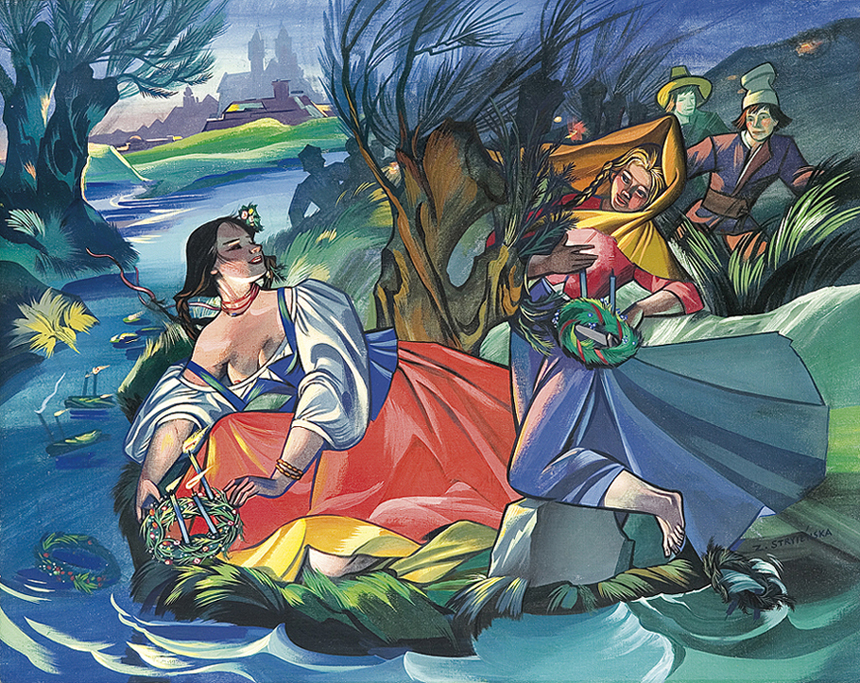