Władysław Szpilman was a Polish-Jewish piano player and composer. He became wideley known when Roman Polański made “The Pianist” film based on Szpilman`s book “The Pianist”. It`s about his survival of the German occupation of Warsaw during Second World War. 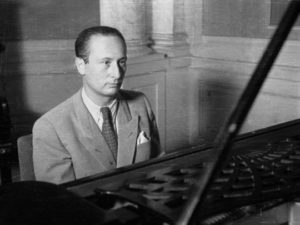 He was born in 1911 in Sosnowiec in family of musicians. He grew up in Warsaw where he studied the piano at the Chopin Academy of Music in Warsaw. Everybody in Warsaw knew who he was, he became a very popular pianist and composer of both classical and popular music. He created many unforgetable songs and piano pieces. He is seen as one of the creators of Polskie Radio where he was performing classical and jazz music. On 23rd of September 1939 after German invasion the Radio building was bombed right after broadcasting the last Chopin live recital played by Szpilman. 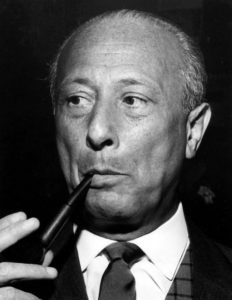 He was taken with his family to ghetto where he was working as a pianist in cafeterias trying to feed his whole family. He was able to run away from deportations to Treblinka death camp but the rest of his family was killed. He survived the war due to his Polish friends and one of the German officers. After the war he came back to Polskie Radio. He gave many concerts all over the world with Bronisław Gimpel, a Polish-American violinist. Szpilman wrote over 500 songs, musicals, soundtracks and orchestral pieces. He was one of the inventors of Sopot Music Festival. He died in Warsaw in 2000.

Roman Polański`s “The Pianist” was filmed mostly in Warsaw. It was awarded the Palme d’Or at the 2002 Cannes Film Festival and 3 Oscars in the 75th Academy Awards.