The Saxon Garden was established in the 18th century as a part of the Saxon Axis, an exclusive piece of land that belonged to King of Poland Augustus II the Strong. The King dreamed of a residence as great as the one in Versailles, but unfortunately he ran out of money before finishing the project. The garden has been open to the public since 1727 and it’s considered the oldest public park in Warsaw.

In the beginning the garden looked different than now, it was designed in geometrical French style by Matthäus Daniel Pöppelmann and Zacharias Longuelune in cooperation (from 1733) of Carl Friedrich Pöppelmann and Johann Christoph von Naumann. In the 19th century it was redesigned in a fashionable landscape English style by James Savage.

Over the centuries the park was changing several times. Buildings from the 18th century like the Grand Salon were taken down in the 19th century, while other structures from the 19th century were destroyed during World War II. The beautiful wooden construction of the Summer Theater was burnt in September of 1939. Unfortunately it wasn`t rebuilt after the war.

Nowadays you can admire twenty one Baroque sculptures by Jan Jerzy Plersch and other unknown Warsaw artists. They represent different arts, sciences, values and seasons of the year. We know for sure Plersch was the author of Zima (Winter), Jowish (Intelect) and Malarstwo (Painting). These are outstanding pieces of rococo art. Several churches in Warsaw were decorated with Plersch`s artworks including the Carmelite Church (next to Presidential Palace) where you can find his Wedding of Mary and Joseph which is considered the biggest masterpiece of rococo sculpture created in Warsaw.

The Saxon Garden in the 19th Century 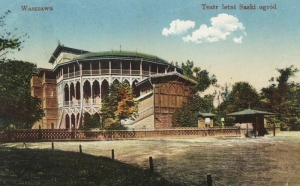 In the 19th century Enrico Marconi designed a water supply system including the Water Tower in the shape of the Temple of Vesta in Tivoli, and the Grand Fountain. It`s the most beautiful fountain in Warsaw, however it operates in warm months only. Marconi was an Italian architect who settled in Poland. He designed many buildings in Warsaw such as The Hotel Europejski (Raffles Europejski Warsaw since 2018), All Saints Church and Credit Society in the Kingdom of Poland.

Near the fountain you can see a sundial from 1863 with a sentence commemorating the founder Antoni Magier: “ERECTUM EX LEGATO ANTONI MAGIER. A.D. MDCCCLXIII”. Magier was a professor of the Warsaw Lycee, a writer, lexicographer, physicist and meteorologist.It`s hard to compete with the Grand Fountain but there is another one in the park which easy to miss: the Fountain with Boy and Swan in the middle of the pond near the Water Tower. It was designed by a German sculptor Theodor Erdmann Kalide in 1851. Kalide was awarded for this work during the Great Exhibition in London, and many copies of it were made for other cities and even few more for Warsaw. You can see them in the Rose Garden of Wilanów Palace and on Dąbrowskiego Square.

The Tomb of the Unknown Soldier

The Tomb of the Unknown Soldier is located on Piłsudskiego Square but not far from the Grand Fountain. It`s located under three arches in the shape of a ruin. It`s a remnant of the former Saxon Palace, destroyed during World War II and never rebuilt. However the Tomb of the Unknown Soldier has been operating under those arches since 1925. There is a theory that German soldiers didn`t plant explosives here on purpose cause they knew what kind of monument it was before the war, even it was dedicated to unknown soldiers of the occupied Poland. Who knows, maybe this part of the palace survived only by chance, we will probably never find out. Here every hour you can observe the changing of the guards. 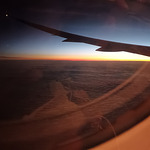 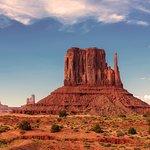