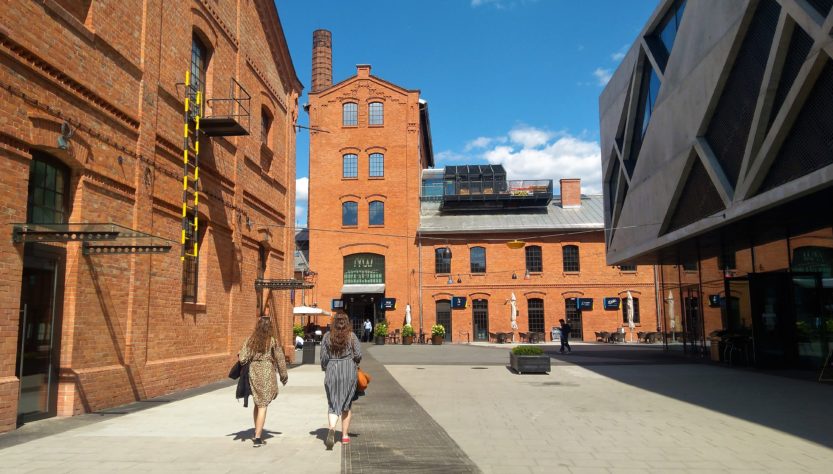 This place is a great mix of new and old. It’s a newly renovated complex of the former vodka factory in the heart of the Praga district. Praga is one of Warsaw`s upcoming neighborhoods but it`s still often missed by visitors who focus on the most touristy parts of the city on the left bank of the Vistula River.

The vodka factory was operating for almost 100 years here. The company moved their production to a different part of Poland and the complex was sold to a private investor. At the same time the oldest buildings were inscribed into the list of Warsaw`s historical monuments.

Historical buildings were painstakingly restored and there was a number of modern buildings constructed around. The complex houses boutique stores, restaurants, bars, offices, apartments and a hotel. The Polish Vodka Museum should be also a good reason to visit it 😎