The oldest part of Warsaw Univesity is located on Krakowskie Przedmieście Street which is part of famous Royal Route. Thousands of visitors just pass by without entering the university`s historical campus. It`s a beautiful complex full of outstanding architecture from the last 200 years.

Warsaw University was settled when Poland was ruled by Russian Empire, Prussia and Austro-Hungarian Empire. Warsaw belonged to Russian Empire and permission to open any school must have been given by Russian Tsar. In 1816 Tsar Alexander I allowed the Polish authorities to create the university and named it The Royal University of Warsaw.

Its symbol was an eagle with laurel and palm branches in its talons surrounded by five stars representing the five faculties: Law and Administration, Medicine, Philosophy, Theology and Sciences, and Fine Arts.

The university was closed for many years after the November Uprising of 1830. Many students and professors were persecuted after taking part in it. After the January Uprising of 1863 it was transformed into the Imperial University of Warsaw, with Russian being the official language for the next 46 years. The Tsar believed that it would be a good way to “Russify” Polish society.

The gate was constructed in the beginning of the 20th century was designed by a Polish architect Stefan Szyller. On the left from the gate there is the Neo-Renaissance Uruski Palace – the Department of Geography and Regional Studies. After you enter the university gate you will see the Old Library building in front (today a lecture hall). Behind, there is the Kazimierzowski Palace (Villa Regia) which was the summer royal residence in the 17th century. It was heavily damaged during World War II. After its reconstruction it became the university rector`s office. You can read more about the history of this palace here.

On the left, while facing the Old Library there is the Auditorium. The building has been recently restored. It`s one of the most important buildings in the history of Polish education. It has held the lectures of famous Polish scientists of Physics, Music and Medicine. Also, Frederick Chopin used to study here.

Another place related to Frederic Chopin is the Faculty of History of Arts building. Young Chopin used to live here with his parents when his father was a teacher at the Warsaw Lyceum based in the Kazimierzowski Palace.

You can visit two important buildings here. The Old Library often organizes temporary exhibitions in the hallway. The Museum of Warsaw University in the former Tyszkiewicz-Potocki Palace has been recently restored. The building contains some original elements on the ground floor and upstairs where the exhibition is held. Some parts of the building were reconstructed according to the original design, as the building was 50% demolished. The museum is free of charge. It`s worth a visit if you are comfortable with stuffed animals, but don`t worry, these are over 100 year old educational items. 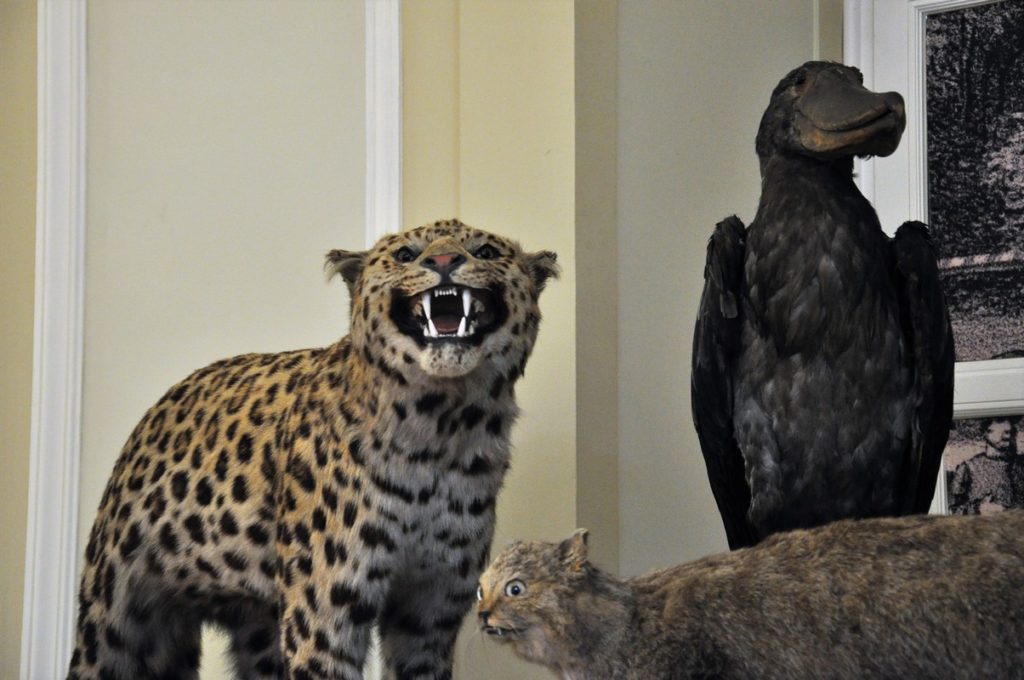