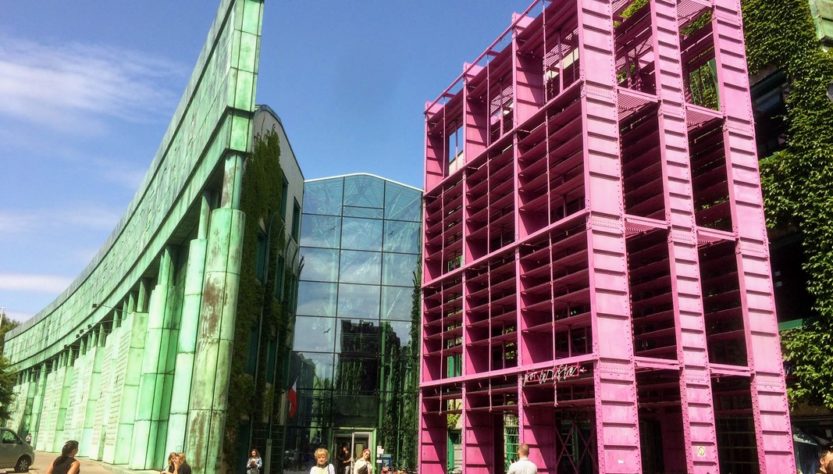 One of the best examples of postmodernist architecture in Warsaw. One thing is for sure: its original design will really catch your attention. The building looks different from each side. You definitely cannot miss the rooftop garden, one of the biggest in Europe. 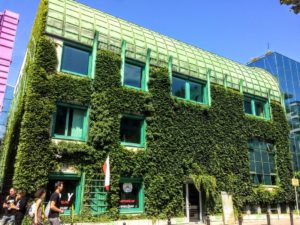 The Warsaw University Library was built bewteen 1995 – 1999, according to the design of Marek Budzyński and Zbigniew Badowski. There are few dominating materials here: reinforced concrete, glass and steel. Architecture stays in symbiosis with nature, some parts of the building are totally covered by greenary.

Facade from Dobra Street has an inscription Biblioteka Uniwersytecka and panels presentings classical sentences in different languages: the Old Polish text of Jan Kochanowski, Classical Greek text by Plato, Hebrew script from the Book of Ezekiel, an old-Russian chronicle and Arabic and Indian classics. It symbolizes a diversity of cultures and Greco-Roman and Judeo-Christian civilization roots of Polish culture. There is also a score by composer Karol Szymanowski and mathematical formulas. 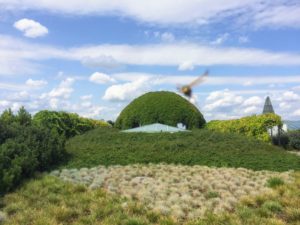 The most popular part of the building is the rooftop garden. It was designed by Irena Bajerska and opened in 2002. It`s one of the biggest roof gardens in Europe and it immediately became Warsaw`s “must see” places. Garden is divided into two levels. From the highest point you can see the Vistula River and panorama of the city. However this part is closed from November to March while the Lower Garden stays open. 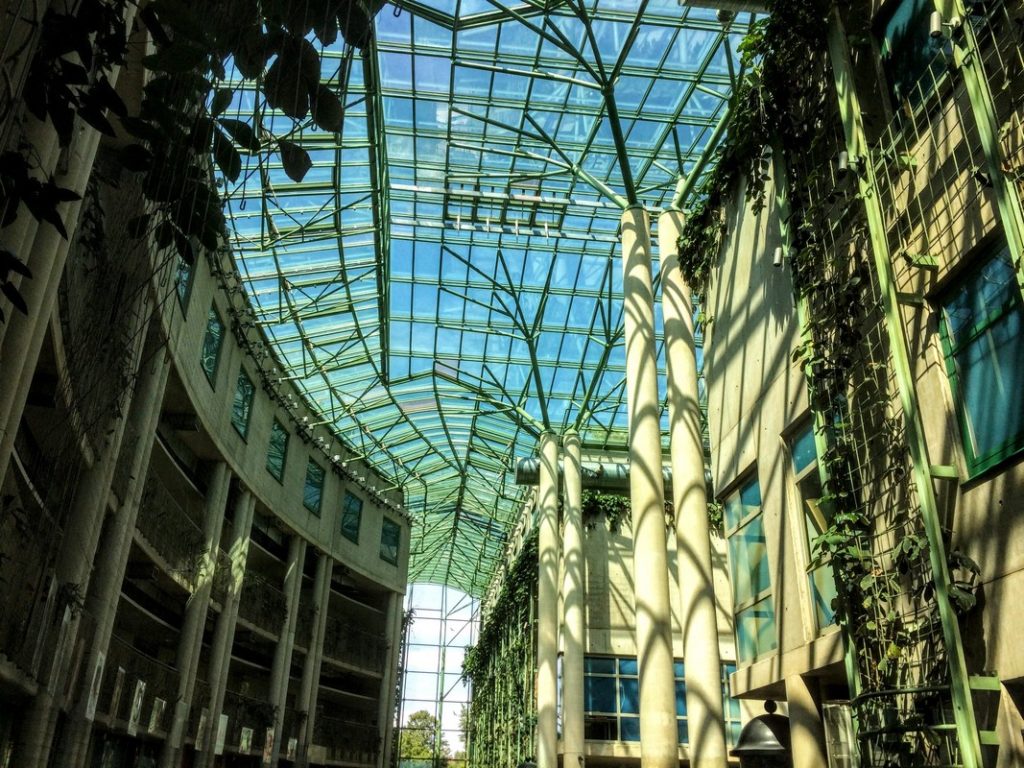 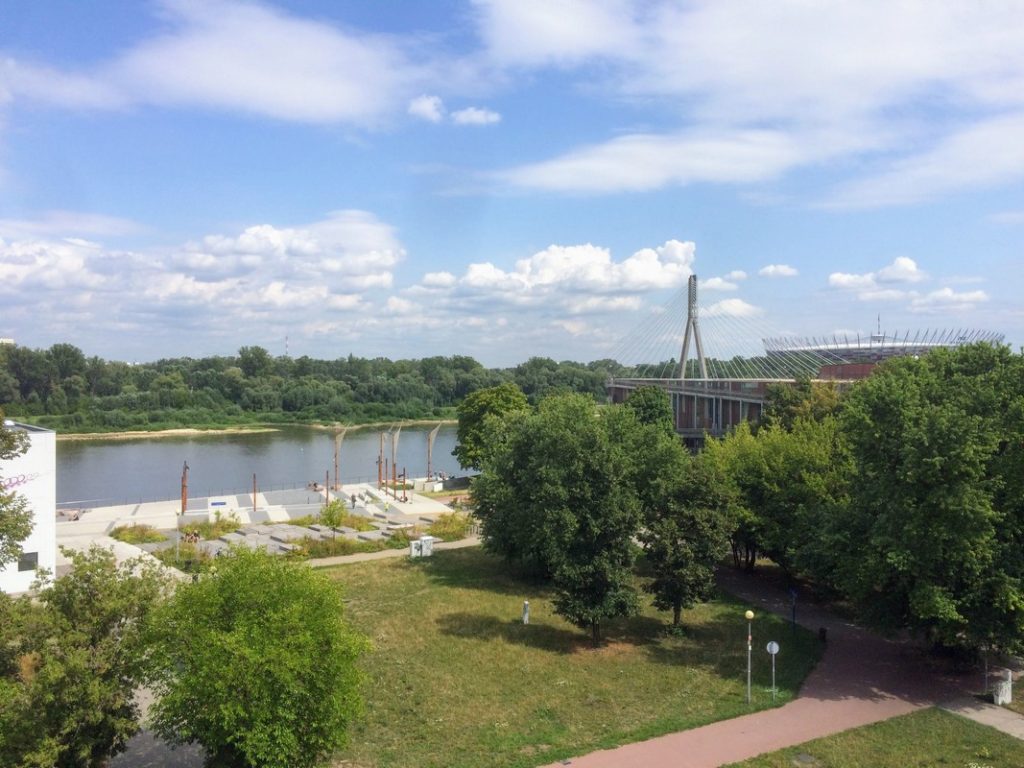 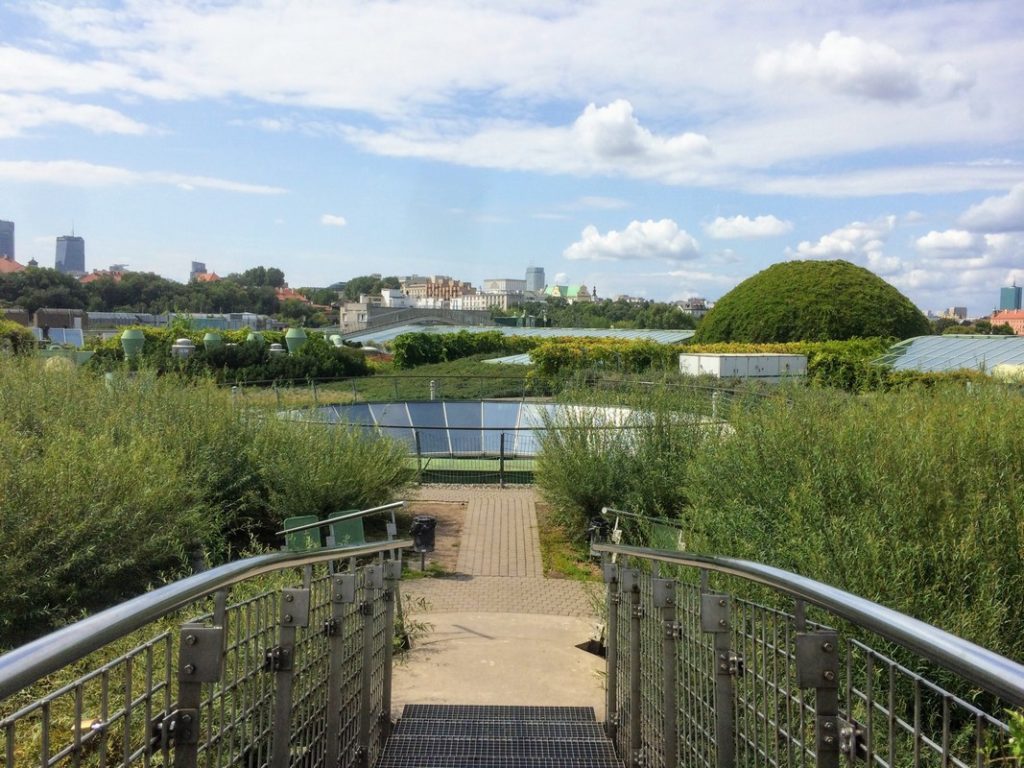 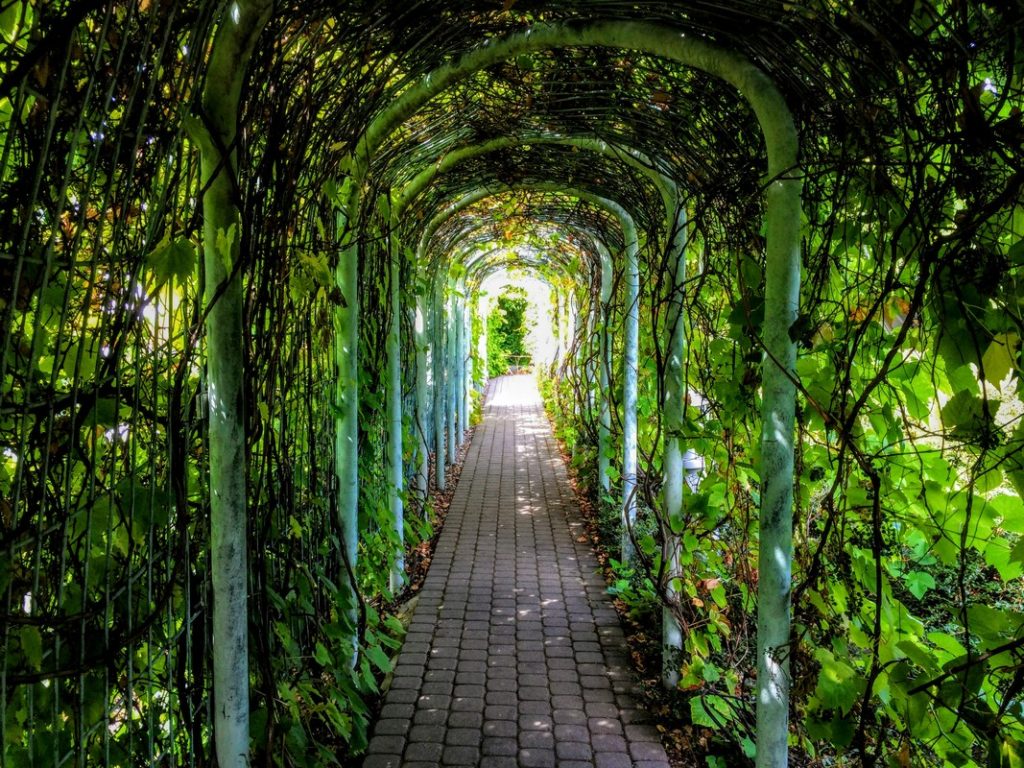 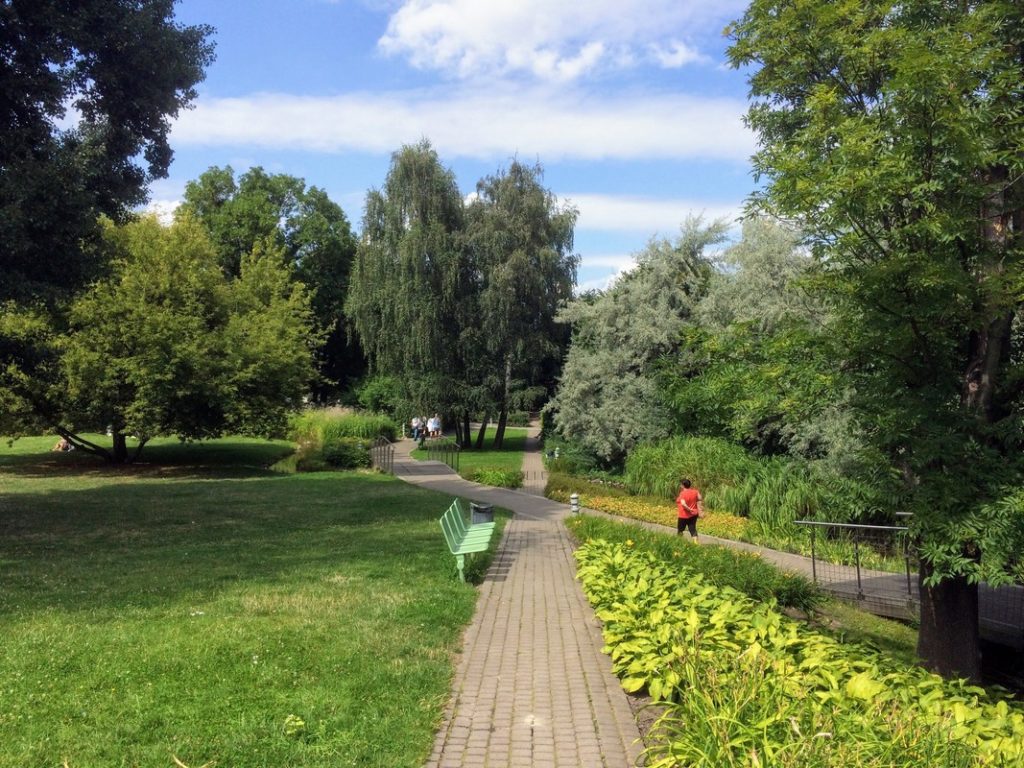 This half kilometer block of flats was built in 19

A tenement from the turn of the 19th and 20th cent