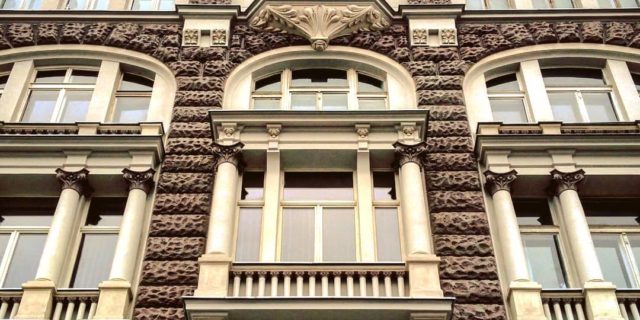 The Hoser Brothers House was erected in 1905 by one of the biggest gardening companies in Poland (Bracia Hoser).

It`s a beautiful residential building with a Neo-Baroque facade and Art-Nouveau interiors. It was probably designed by a member of Hoser`s family. The building was not destroyed during Second World War.

Hosers moved to Warsaw from Czech about 200 years ago but their history dates back to the 15th century. Before this house was built, the family owned a huge land with gardens and green houses along the Aleje Jerozolimskie street. Nowadays there`s no trace of the former gardens. It`s full of other pre-war residential buildings. Hoser`s descendants still run the business near Warsaw, but under a different name.

This building houses one of the most hidden and unknown treasures in Warsaw – Fotoplastikon, one of the oldest in Europe. It was invented in Germany in the second half of the 19-th century. It uses a technic of stereoscopy to create an illusion of depth in an image. There is a number of viewing stations where people can look through a pair of lenses showing rotating stereoscopic glass slides. You will find it after you pass the first courtyard (read more here ).