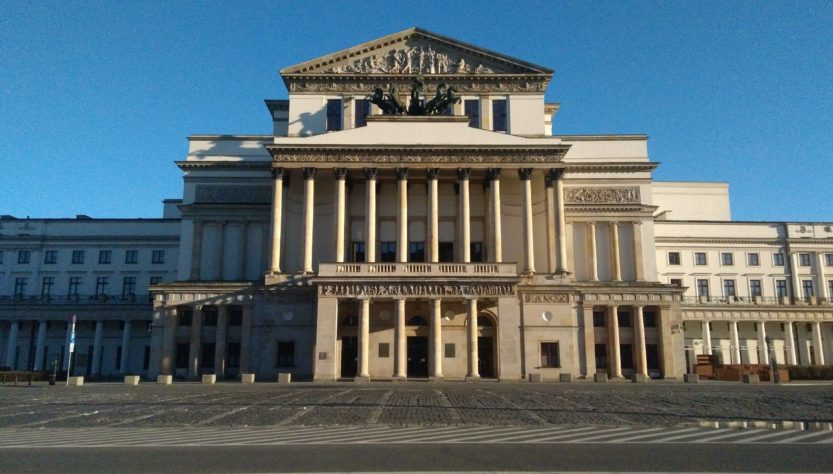 At the time it was the most modern theater building in this part of Europe. Corazzi’s design is very similar to the famous Schauspielhaus, designed by Carl Friedrich Schinkel,  built just a few years earlier on Gendarmenmarkt Square in Berlin (1817–1821).

The building was almost entirely demolished during WWII, although its amazing façade remained. The theater was rebuilt and expanded by Bohdan Pniewski between 1951-1965. Following the reconstruction it contained the largest opera stage in the world.

Normally this huge parking (which for me is an eyesore) is packed with hundreds of cars. There should be a huge garden instead, like in the past.