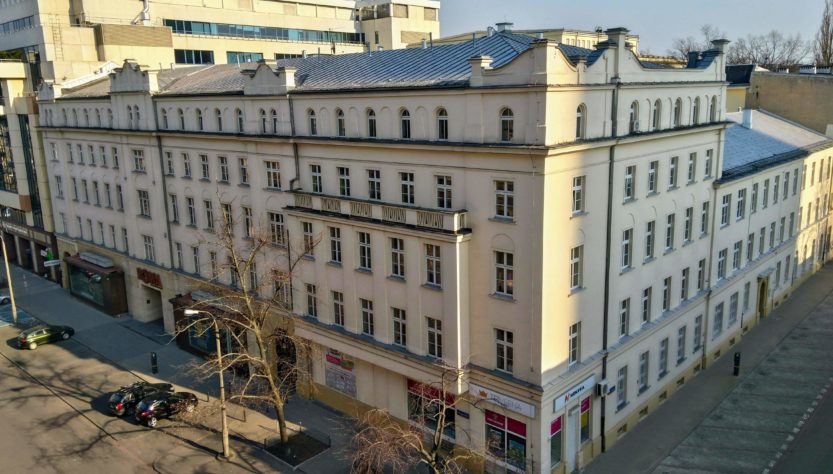 The building below was the seat of the Roma Catholic Action, but nowadays is mostly known for the Roma musical theater producing popular shows such as Cats, Grease and Mamma Mia in Polish. However its history is darker than one may think.

The building was designed by Stefan Szyller in the 1930s. During the German occupation it was transformed into a “Nur Fur Deutsche” cinema (only for Germans). In 1941 it presented “Jew Susse”, probably the most anti-Semitic propaganda movie made in the Nazi Germany.

The screaning hosted such “celebrities” as Hans Frank, one of the most powerful Nazis and the head of the General Government in Poland. He was responsible for terror against the civilian population and and the mass murder of Jews – he oversaw four of the extermination camps.

The Polish resistance tried to organize an attack during the screening by releasing a bunch of rats with the intention to  cause a panic in the hall. Perhaps a less deadly idea than in Tarantino’s “Inglorious Basterds”, but still. It was part of the so called “small sabotage” – actions organized by young members (mostly from the Polish Scout Association) of the Home Army. The plan wasn’t successful. The rats transported here by a group of trashmen, somehow ran away too early.