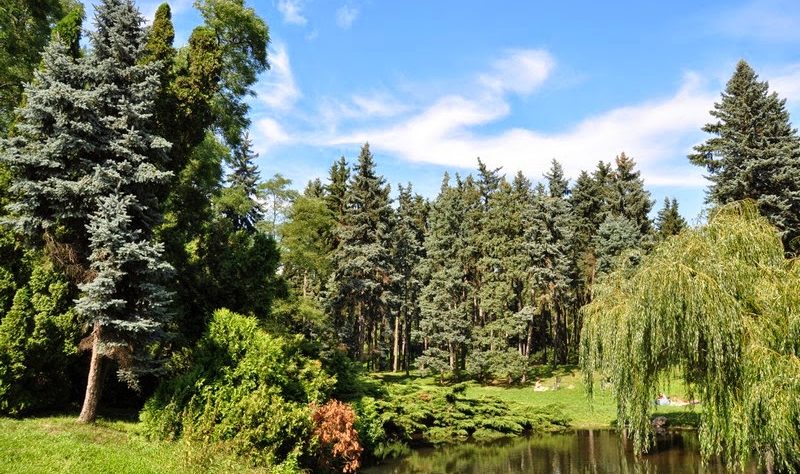 It`s one of the most beautiful parks in Warsaw. It was established in the begining of the 20th century and designed by Franciszek Szanior, a gardener who created several outstanding parks in the Polish capital. The park was the winner of the 4th Poland’s Most Beautiful Park competition in 2009 and also the third best park in Europe.

Skaryszewski is a landscape kind of park so you have lots of hills, ponds, small bridges, a rose garden and even waterfall. You will find several sculptures from the same period, i.e. A Dancer of Stanisław Jackowski, or Rythm of Henryk Kuna.

The big Kamionkowskie Lake (Jeziorko Kamionkowskie) allows some sport activities as canoeing or sailing. Park is a popular place of jogging, bike rides and picnics on the grass. You can have a coffee and cake at Misianka cafeteria. Every summer there are free outdoor film screanings in the evenings.

Name of the park comes from Skaryszew village that was settled here in the 18th century. You can hear people calling it Skaryszak, which comes from Warsaw slang which is used mostly by older generation and residents of Praga district.

Behind the eastern side of the park there is a green space called Kamionkowskie Błonia Elekcyjne. It was a field where in 1573 the first ever free royal election in the Polish–Lithuanian Commonwealth was held. It was organized after childless death of the last Jagiellonian King Sigismund II Augustus.  40,000 nobels came to Warsaw and elected Henry of Valois from France. He probably didn`t like it here because few months later he resigned and left Warsaw.