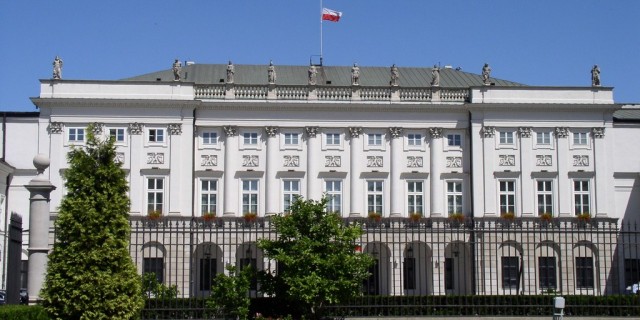 The palace’s construction began in 1643 by Polish aristocrat Stanisław Koniecpolski. It was designed by Constantino Tencalla, the royal architect of Polish King Władysław IV.  It was rebuilt through the centuries in different styles. Here in February 1818 Frederic Chopin gave his first public concert at the age of 8 years old.

Around the same time the palace was rebuilt in a Neoclassical style by Chrystian Piotr Aigner and since then the building has not changed. The Lion statutes located at the front of the palace are dated to 1821 and were designed by Camillo Laudini. 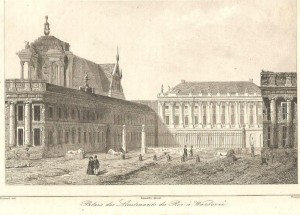 During the Second World War the Nazis created the Deutsches Haus here, the main German social and cultural institution during German occupation. The palace was not destroyed during the war and it became the headquarters of the Prime Minister and the Council of Ministers. In 1955 the Warsaw Pact was signed at the palace and in 1970 – the agreement of normalization of relations between Poland and the Federal Republic of Germany.

In 1989 it was the location of the of Round Table sessions which ended communist domination and started democratic changes in Poland and all of Central and Eastern Europe. Since 1994 the building has been an official recidence of the Polish President. The first President to live here was Lech Wałęsa.  Also in this Palace, Poland ratified the acts of joining the European Union and NATO.