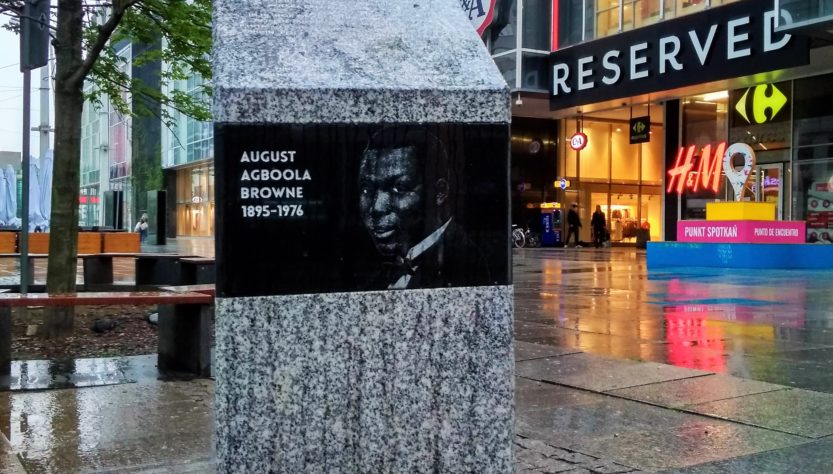 August Agboola Brawne was a jazz musician born in Nigeria who settled in Poland in the 1920s. His marriage to a Polish woman from Krakow was a sensational event at the time as local newspapers wrote about the “black & white wedding”. During WWII August was a soldier of the Home Army, the main Polish resistance movement during WWII.

August took part in the Warsaw Uprising of 1944 and fought in the Śródmieście Południowe neighborhood as “Ali”. After the war he played drums in hotels and restaurants in Warsaw. In the 1950s he emigrated to UK where he lived until the end of his life.

August was one of the 300 foreign residents of Warsaw and fighters during the uprising. These expatriates were from Hungary, Slovenia, Romania, Russia, Armenia, Italy, France, Belgium, UK, Georgia and even Australia. The uprising was also joined by approximately a thousand Jewish citizens of Poland who escaped from the ghetto or were otherwise in hiding. Their engagement and service in the Home Army is barely known in Poland. This monument was erected to August Brawne in 2019.