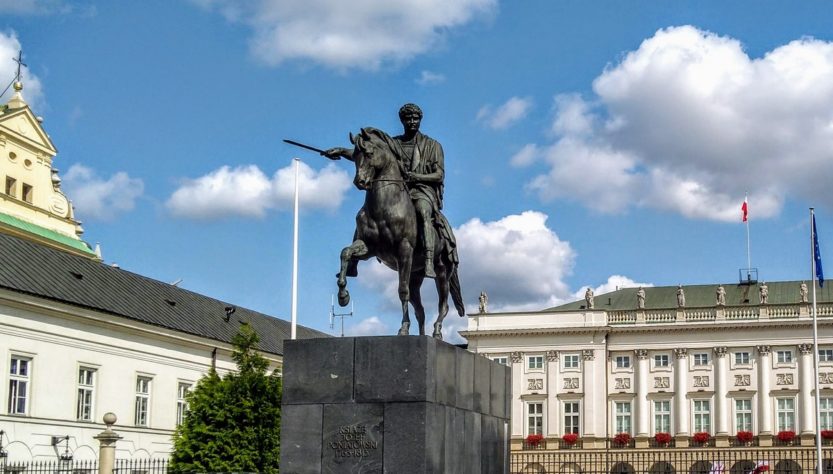 Prince Józef Poniatowski looks like a Roman emperor instead of wearing a Polish uniform. What`s more the prince is half naked, according to the fashion of ancient Romans. It wasn’t well received by critics and the public but 200 years later it`s one of the most iconic monuments in Warsaw.

The statue of Józef Poniatowski was designed by the famous Danish artist Bertel Thorvaldsen. It was actually modeled on the monument of Marcus Aurelius from the Roman Capitoline. Poniatowski`s family was in conflict with the artist cause they wanted to show the prince in a Polish officer. Thorvaldsen was the most famous sculptor in Europe at the time and he did what was in his style.

Józef Poniatowski was a nephew of King of Poland Stanisław August. Most of his life he was just having fun but as he got older he became more engaged into political life. He was supporting Napoleon Bonaparte as Poland at the time wasn`t independent. For many people Napoleon was hope for regaining independence. Unfortunatly Poniatowski died of friendly fire, shut by a French soldier.

The statue was blown up by the German army in 1944 and rebuilt and donated to Warsaw by the Kingdom of Denmark in the 1950s. It stands right if front of the Presidential Palace.

If you see long lines of people in front of sweet

The Royal Castle has reopened in accordance with s