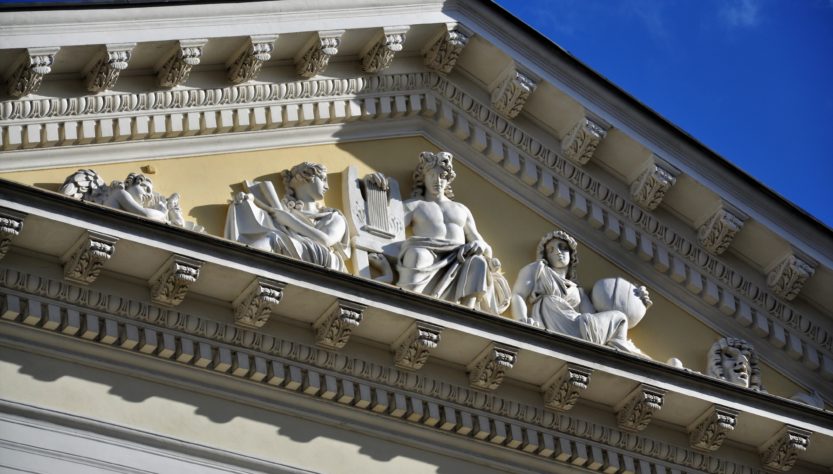 The Kazimierzowski Palace was a private residence of Polish monarchs in the 17th and 18th century. It’s often missed by visitors but its history is spectacular. It was destroyed three times and redesigned at least five, alongside changes of architecture trends and the needs of different owners.

It was plundered by Sweden’s King Charles X Gustav and Elector of Brandenburg Frederick William during the Second Northern War. They also burnt it down before they left the city with many stolen artworks that can be seen in Swedish museums nowadays. Forty years after the palace’s reconstruction it was burnt down again by accident.

Following the reconstruction (the most recent), after the Second World War, the palace looks as it did before, according to the last design change in 1824 . These days it houses the Warsaw University rectorate.