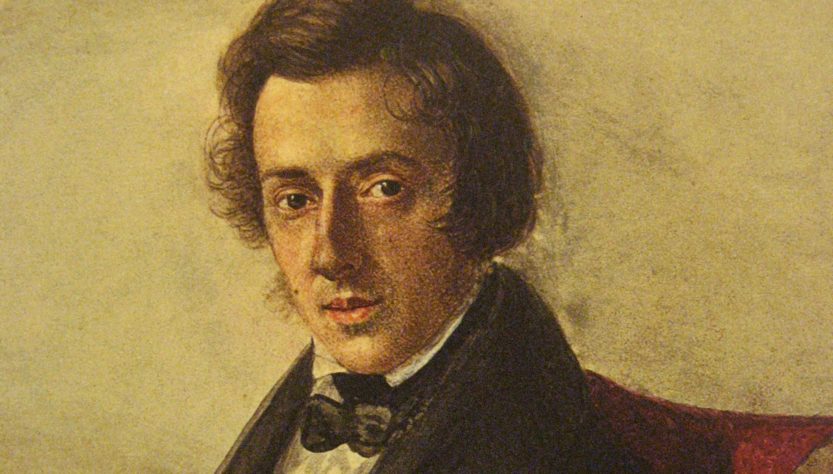 Frederick Chopin was born 1810 in Żelazowa Wola near Warsaw. In the same year his family moved to the Polish capital where his father Nicolas Chopin was teaching French at Warsaw Lyceum. Frederick`s father also played violin and flute and his mother played piano. Frederick started with a professional piano tutor being 6 years old but likely he began to play earlier with his mother. His first public concert he played being 8 years old, it was in Radziwiłłowski Palace which is the Presidential Palace nowadays. It became obvious very quickly that Frederick was a child prodigy. In 1826 he began a three-year course at the Warsaw Conservatory under composer Józef Elsner who wrote, “Chopin F., third year student, exceptional talent, musical genius.”

In 1829 Chopin played his first concerts abroad in Vienna, beginning his great international career. The following year one of his compositions was also published in Austria. During his next stay in Vienna, back in Poland the November 1830 Uprising  began against authorities of Russian Empire. He chose a life of exile because of the brutal repressions after the uprising failed. Yearning for his homeland Chopin wrote to his friend in Poland, “I curse the moment of my departure.” He left Vienna and went to Paris and he never returned to Poland.

On his deathbed in Paris in 1849 he requested, “Remove my heart after I die and entomb it in Poland.” He desired his heart as a symbol of his soul to be buried in his native land. His sister Ludwika Jedrzejowiczowa decided to put his heart into a jar filled with alcohol  – cognac – in order to smuggle it to Poland. If the Russians would have found it they would have seized it. Ludwika`s dangerous journey to realize her brother`s last wish ended successfully.

Frederick Chopin was burried in the Pere Lachaise cemetery in Paris but his heart was enshrined within a pillar in the Holy Cross Church in Warsaw. During World War II, it almost landed in Nazi hands.

The organ has been exhumed a few times, last time in April of 2014 in a secret operation to check how well it was preserved after some scientist raised alarm that after such a long time the alcohol could have evaporated. The secret meeting of several people including the archbishop of Warsaw, the culture minister, two scientists and other officials took a place close to midnight in the dark sanctuary. Chopin`s heart is better protected now and it was decided to exhume his heart again in 50 years from now, in 2064.