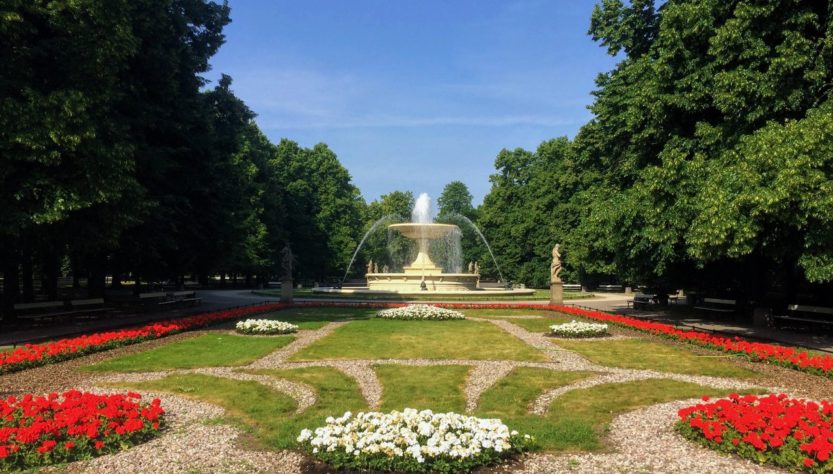 The Saxon Garden was established in the 18th century, as a part of the Saxon Axis, an exclusive piece of land that belonged to King of Poland Augustus II the Strong. The garden has been open to the public since 1727 and it’s considered the oldest public park in Warsaw.

The park contains 21 Baroque sculptures by Jan Jerzy Plersch, a 19th century sundial and a water supply system designed by Henryk Marconi: the Grand Fountain and the Water Tower in the shape of the Temple of Vesta in Tivoli. This is where you can see the Tomb of the Unknown Soldier which is located near the Grand Fountain.