This house gives us an idea of how Warsaw’s city center looked before being demolished during the Second World War by the Nazis. It’s the only preserved apartment building in this area, however some parts of it were heavily damaged. It also became a deadly trap for a group of civilians in 1944...

The house was built in 1903-1904 for a property speculator, Maksymilian Harczyk according to the design of Dawid Lande. At the time it was the city`s financial district with many banks and credit companies. Just across the street the Warsaw Filharmonic was erected so the property speculator probably knew how valuable this land would be in future.

In 1944, during the Warsaw Uprising, thirty five civilians ran through the gate of the building to hide from German firebombing. The courtyard with only one entrance turned to a trap and all of them died in the flames. We don’t know their names, they are some of the hundreds of thousands anonymous victims of WWII in Warsaw. 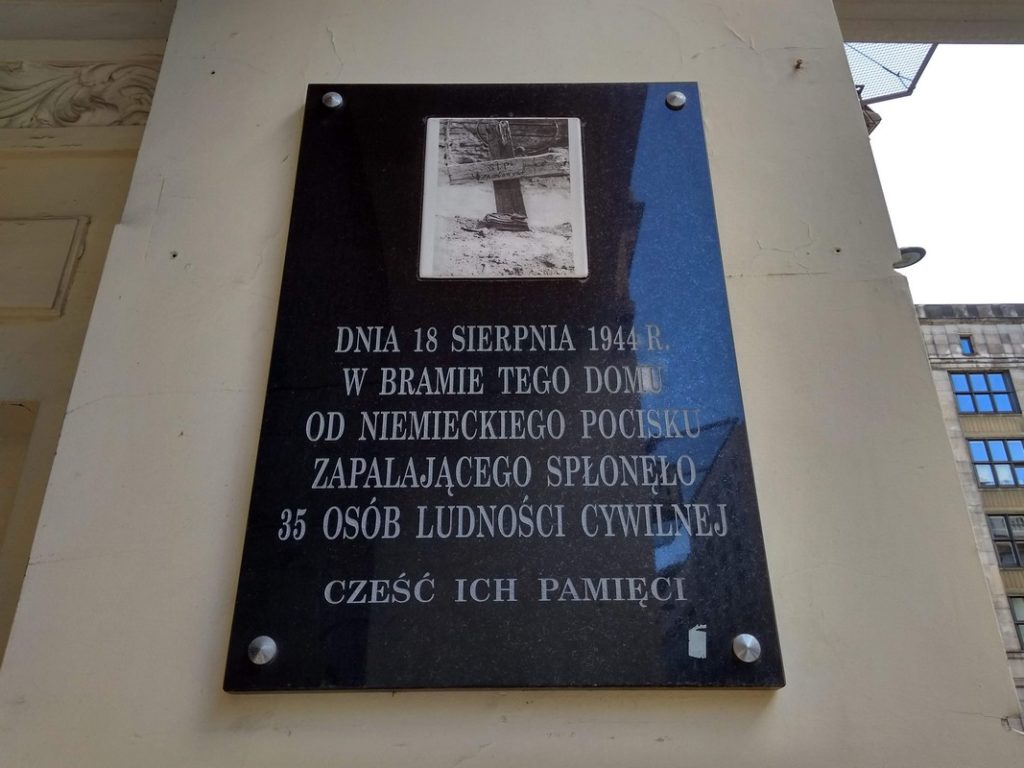